Over 2000 articles about ABA were published. Below we are sharing a few links with you

Download here the report of the healthcare department (2009): Autism, a lifelong being different.’
Rapport Gezondheidsraad (2009) (857,4 KB)

Research into individual differences during the life course of people with autism.
https://www.leokannerhuis.nl/en/onderzoek/actueel-onderzoek

Juveniles with Autism – what works?
https://www.nji.nl/nl/Download-NJi/Wat-werkt-publicatie/(311053)-nji-dossierDownloads-Watwerkt_Autisme.pdf

Autism and ABA: The gulf between North America and Europe https://link.springer.com/content/pdf/10.1007/s40489-014-0045-2.pdf Below are some important quotes derived from the article: 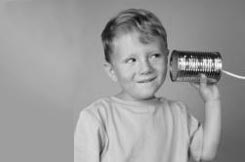